What is CBD and how did it get so big?

You've heard those third little letters, but really, what is CBD?

It’s all over the news. It’s in conversation, in magazines, mailers, tv and emails. It’s not quite all over your social media (because the social media giants won’t allow it), but even some of that slips through the cracks. Your friends, cousins, or mom have started a brand. Everyone wants to cash in on the CBD craze. But what is CBD? Why is CBD so hot right now? And who popularized it? We dive in deep to the who, when, where, why, and just what is CBD?

When you are done reading this, you will be the master at understanding the truth to the question, what is CBD?

So what is CBD?

Well in simple terms, CBD stands for Cannabidiol (CBD). CBD is considered a cannabinoid which is a compound derived from the cannabis (hemp) plant, and is most abundantly found in hemp. While there are over 100+ cannabinoids found in cannabis, CBD and ∆-9-THC are the most well-known cannabinoids. But unlike ∆-9-THC, CBD is non-intoxicating, meaning it won’t get you high. This is because CBD interacts with different receptors in the body, creating different effects than its counterpart.

Did you know hemp is cannabis, but hemp is a variety of cannabis that, by law, contains no more than 0.3% ∆-9-THC by concentration. This means hemp-derived CBD won’t get you high, because the intoxicating cannabinoid ∆-9-THC is in such low concentrations.

When was CBD discovered? - What is CBD Oil

Fun fact: Cannabinol or CBN was the first cannabinoid extracted from cannabis in the early 1900s. At the time, it was thought to be the only cannabinoid with the ability to encourage sleep. It was used for migraines, asthma, neuralgic pain, sleep and corn remedies. In reality, the extract was really a combination of “full spectrum cannabinoids.”

About 25 years later, in 1965, an Israeli scientist named Raphael Mechoulam, overcame this research hurdle by becoming the first scientist to isolate and synthesize both CBD and ∆-9-THC from the cannabis plant. Sadly, almost simultaneously, the United Nations was drafting their guidelines for global narcotic regulations. Without much understanding as to the implications regulation may have on cannabis research and what this scientific breakthrough meant to the plant and modern medicine, the United Nations followed the direction of the United States and restricted cannabis as a Schedule I Narcotic.

This placed the cannabis plant in the most strict drug category, restricting further research on the plant. This meant in order for Dr. Mechoulam, or any scientist, to continue this important research, the country conducting the research would be violating international treaties, of which few countries were willing to do.

Fast forward to 1991 with the discovery of the endocannabinoid system. This medical breakthrough is key in understanding the way that our body’s receive and interact with phytocannabinoids (or plant based cannabinoids like CBD or ∆-9-THC). This medical breakthrough is as important to science as our discovery of the Central Nervous System or any other major system in the body. It is our 12th major system in the body and an integral part of maintaining human health. In fact, endocannabinoid receptors are found within all major systems within the body. 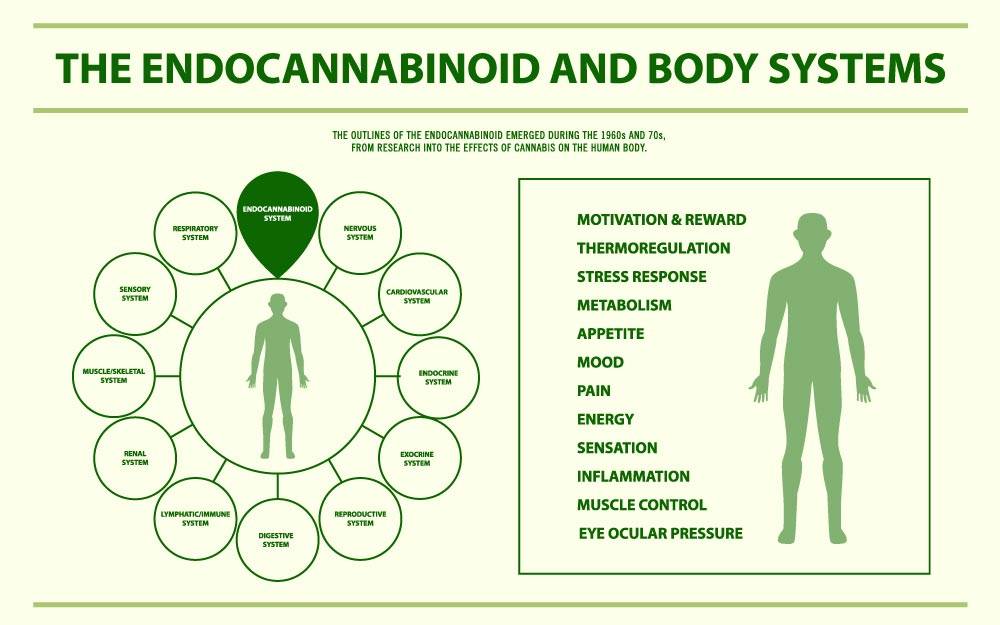 As research progressed, it also allowed us to understand that humans (and all mammals) have an endocannabinoid system that is found within our Central Nervous System and peripheral nervous system. And most importantly that this system is responsible for regulating reactions in the body like mood, cellular energy, pain perception, immune function, inflammation, stress response, metabolism, memory and sleep.

As scientists furthered our understanding of this system, scientists started to discover the medicinal properties of cannabinoids like CBD, leading the US Department of Health and Human Services to become the assignee to patent No 6630507 - “Cannabinoids as antioxidants and neuroprotectants.” This patent establishes the baseline understanding of the importance of cannabinoids and outlines the potential benefits of cannabinoids to act as a treatment and preventative measure for oxidation associated diseases, particularly ischemic, inflammatory and autoimmune diseases, in addition to neuroprotective applications that may limit neurological damage.

While more research is needed to understand what cannabinoids or formulations of cannabinoids create these benefits, and at what concentrations, alongside important issues like their interactions with other drugs and potential side effects, this discovery and the discoveries leading up to this point have changed the future of modern medicine and the way that we view cannabinoids like CBD or ∆-9-THC, as well as cannabis and hemp as a whole.

This breakthrough in our understanding of the endocannabinoid system also means that regulation prohibited a plant from our world that human and mammalian systems had evolved with. A plant that was so important during the evolution of mankind that our body’s developed an essential system embedded within each system of the body. What could be the consequence of removing such an important compound from our daily lives?

Something to think about: It’s been eighty years since cannabis was removed from our global supply chain through regulation. Prior to regulation, people would consume cannabinoids through medicinal use but also because uncleaned hempseeds with cannabinoid residues were fed to chickens and other production animals, therefore bioaccumulating in our bodies. Four generations later, we face some of the worst neurological problems on record. Of course some is because advancements in medicine permit diagnosis, but could cannabinoid deficiencies also be to blame?

We could go on and on about the history of cannabis but we will stop here. For those interested in learning more, we highly recommend you tune in to our Founder’s podcast series, Anslinger: the untold cannabis conspiracy for an enlightening true story of why and how cannabis became prohibited and what that means for our global world and modern medicine.

So now that you understand the answer to the question, what is CBD and you know when CBD was discovered, you may wonder who popularized CBD.

Who popularized CBD Oil? - What is CBD Oil

Though not new to science or old therapeutics, the term CBD oil hit the supplement market around 2012 after a publicly-traded company named GW Pharmaceuticals initiated medical trials on the ability of CBD to act on rare forms of epilepsy, particularly Lennox Disease and Dravet’s Syndrome (side note: this was actually discovered in 1949 but the research was halted).

The story of GW Pharmaceuticals origination is a story in itself which you can read more about in a fascinating article our Founder wrote for Hemp Magazine. 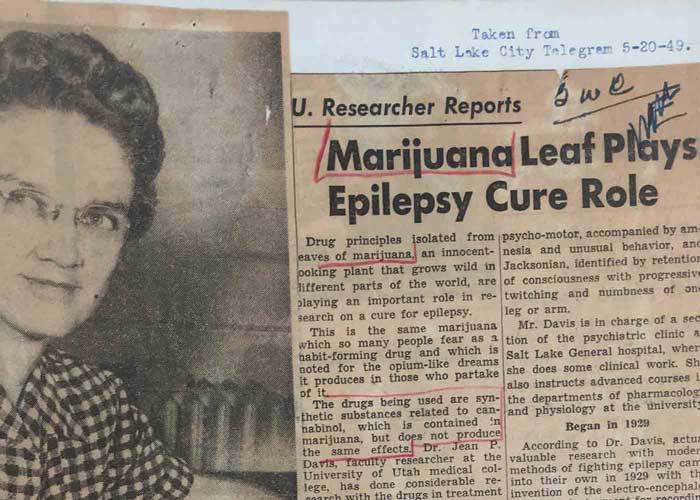 An archival record Annie Rouse found in the Bureau of Narcotics National Archives outside Washington DC.

Simultaneously, in Colorado, a young girl named Charlotte was in a losing battle against this same rare epilepsy, when a group of brothers, working in the medicinal cannabis space, offered her parents a bottle of low ∆-9-THC cannabis oil to try. The young girl’s seizures dropped drastically and it was no coincidence. Her success story rippled across the nation and Charlotte’s Web was formed - a now publicly traded company that manufactures hemp products for Charlotte and many others.

From there, news outlets like Sanjay Gupta’s Weed series started to report on the topic, and slowly the nation became more and more aware of those three little letters. Not long after, young Charlotte experienced her success, the 2014 Farm Bill opened up production for hemp for research purposes.

By 2017 the World Health Organization (WHO) issued a pre-review on the safety profile of CBD notifying authorities, doctors, scientists, and the general public, worldwide, that CBD was considered safe, even at high dosages. This report was in-part to the large explosion in the space, as the report eased some of the risks and other concerns of investors and the public regarding the safety profile of CBD products.

By 2018 the research phase of the 2014 Farm Bill was deemed successful, opening full legalization of hemp for commercial use under the 2018 Farm Bill. An eighty year battle was finally won. But there is still a lot of work to be done, particularly when it comes to regulating the industry so consumers can distinguish between the good actors and the bad actors.

In the meantime, the industry has created a self-regulatory organization called the US Hemp Authority to certify quality in the industry. This organization operates as the gold-standard for hemp-derived CBD products and uses industry insight and the FDA's Code of Federal Regulations to develop its protocols for third-party audits and certifications.

If you are in the market for hemp products, we recommend reviewing US Hemp Authority certified companies. In fact, you really need to look no further than here, because Overcome (listed as our former name Nature's Hemp Oil) was one of the first 13 certified hemp companies, showcasing our stance towards transparency and quality products. 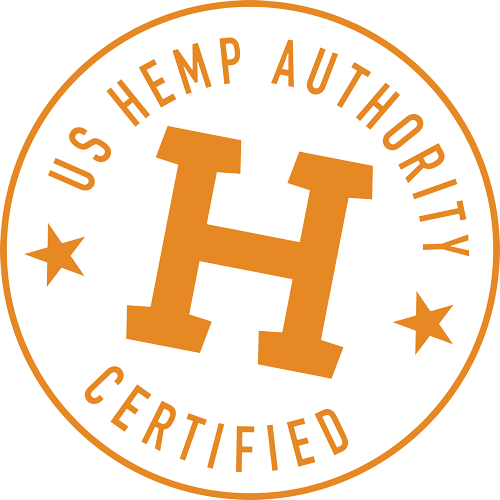